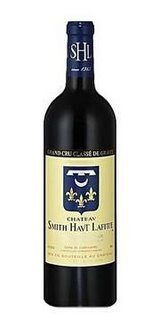 Madame Stephanie Levy – c’est moi, at least at the Commanderie de Bordeaux dinner I attended this evening, as a guest of Stu (The Wine Genius) and Debbie Williams. Held at the Minneapolis Club, featuring the wines of Chateau Smith-Haut-Lafitte and winemaker Daniel Cauthiard, I had a grand old time eating, drinking, and BS-ing with the various Commandeurs. M. Cauthiard himself was a lovely guest-of-honor, charming, handsome, and perfectly French (but of course). Chef John Thompson and his staff did a spectacular turn with the food, menu as follows:

And guests:
My dinner partner was Commandeur Ralph Bashioum, MD, who along with table-mate/Commandeur/race-car driver/winemaker Peter Kitchak, just happens to be in the process of producing and introducing a new set of Napa Valley wines. Stay tuned for Kitchak Cellars greatness…

Also chatted with:
Greg Becker, from our lovely dinner at Rudy Maxa’s and Ana Scofield’s back in December, as a guest of Commandeur Steve Fox. And Commandeur Bill McGuire, who is significantly

taller than me, even in my 5-inch kickass anniversary Louboutins (no small feat, no pun intended, ha). Rock on!

So there, my friends, another night of Stu-and-Debbie-sponsored greatness… delicious food, lovely wine, great chat, it’s all good. Thanks to them (yet again!), and the Commanderie de Bordeaux (Minnesota Chapter), and winemaker Daniel Cathiard, for a spectacular Tuesday night (Tuesday!).

Oh! Stu hilariously introduced me (as a guest) tonight as follows: “Stephanie writes a blog called The Moderate Epicurean. After traveling, eating, and drinking wiith Stephanie, I can honestly say she is anything but moderate.” So true, so true! Although I do subtitle my blog “A Quest for Measured Pleasure.” As in, Moderation is an Elusive Goal Which Someday I’ll Achieve, Right?