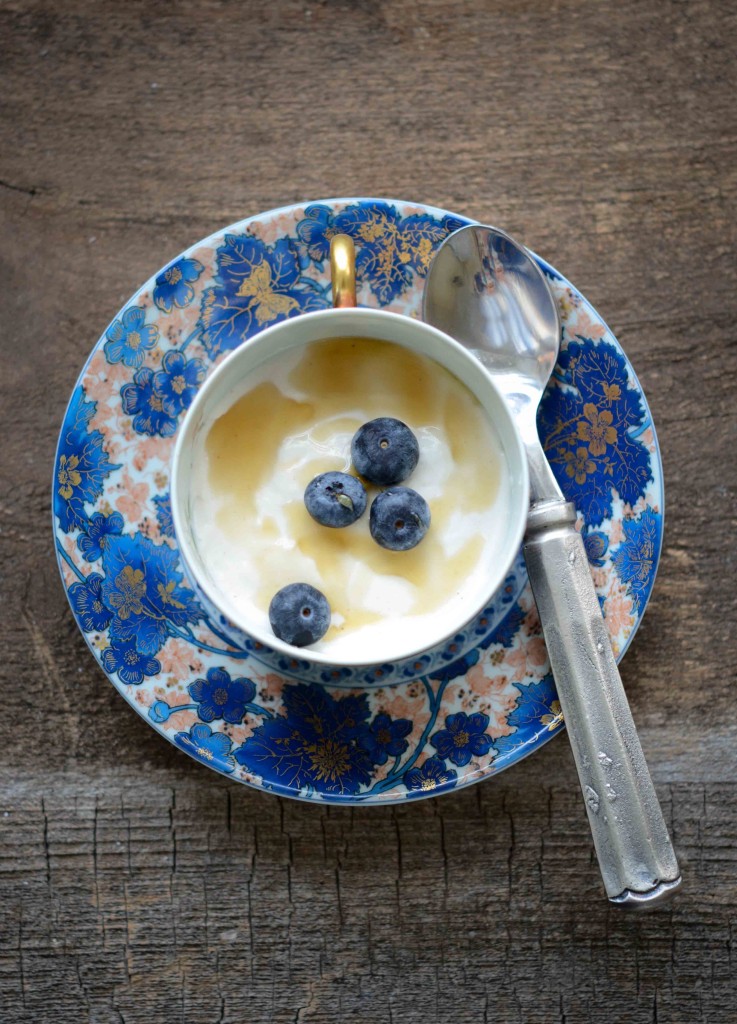 So long Minnesota State Fair! It was a wild ride this year, loads of food fun despite soul-sucking heat followed by mercifully cool breezes…which in turn drew the largest crowds I’ve ever experienced.

I tend to indulge in savory foods when I’m out there, mostly in the form of pork (this year I enjoyed pig wings, porketta sausage, pork chop on a stick, and bacon) and of course, my fair favorite french fries. After the salt and sweat, dragging a cooler full of cooking demo ingredients back to my car, and sitting in a sea of traffic, I would put my feet up and cackle with delight to indulge in the cool, creamy panna cottas I alluded to in my last post. I made a big batch a couple of weeks ago and enjoyed them all fair long, threatening to end up photo-less because I seemed to find plenty of time to eat the panna cottas and no time to photograph them. 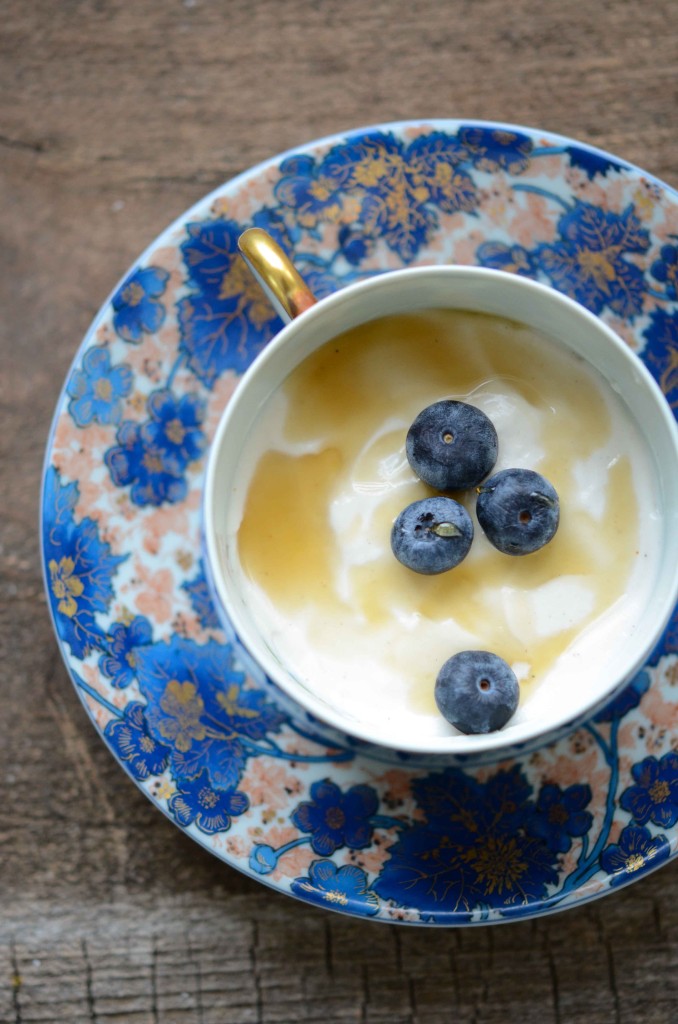 Sometimes I ate them with fresh blueberries, which have been spectacular this season, and are a match made in heaven with a hint of cardamom warming the creaminess. Mostly I ate them plain because I wanted to marvel at the complexity of tropical coconut milk sweetened with cold-climate maple syrup. Was I over-tired with a blown out palate? Utterly. And yet even on a normal eating day, coconut milk and maple syrup are two of my favorite ingredients, each with so many layers of essence, delicious in both savory and sweet dishes. On paper they don’t belong together but trust me, it’s a beautiful pairing. 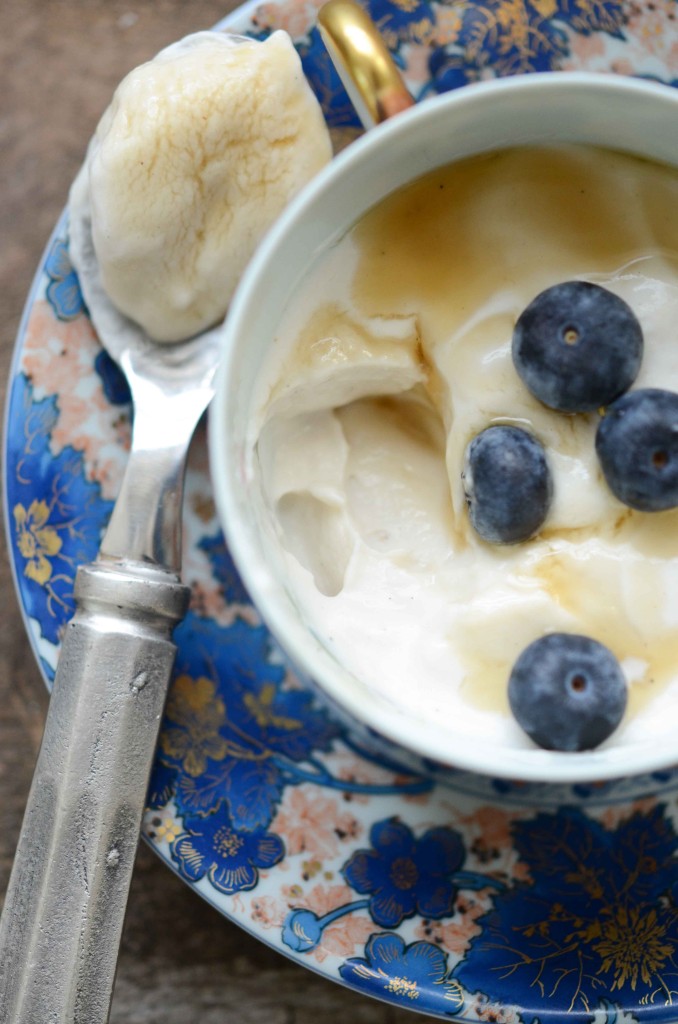 I should add that panna cottas are the perfect party dessert. They are as easy as a sneeze to prepare yet somehow feel fancy enough for guests, especially if you serve them from pretty demitasse cups (my favorite way; less fussy than inverting them). Keep the garnish simple for a light and refreshing effect; in this case, a scattering of fresh berries and a drizzle of maple syrup. Done.

If you missed last Friday’s Foodie Roundtable on Minnesota Public Radio’s Daily Circuit show, have a listen here as Andrew Zimmern, James Norton, and I were put on the spot answering host Kerri Miller’s (and the live audience’s) fair food trivia questions. Hot seats! Tough questions! But so much fun. I’ll take this opportunity to say that I would love to see more gluten-free treats at the fair. Foxy Falafel’s cheese curds with honey dipping sauce? Fair-goers would go crazy for them! 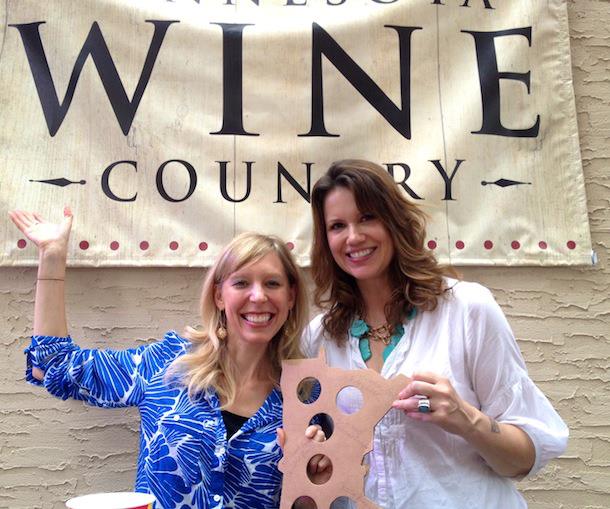 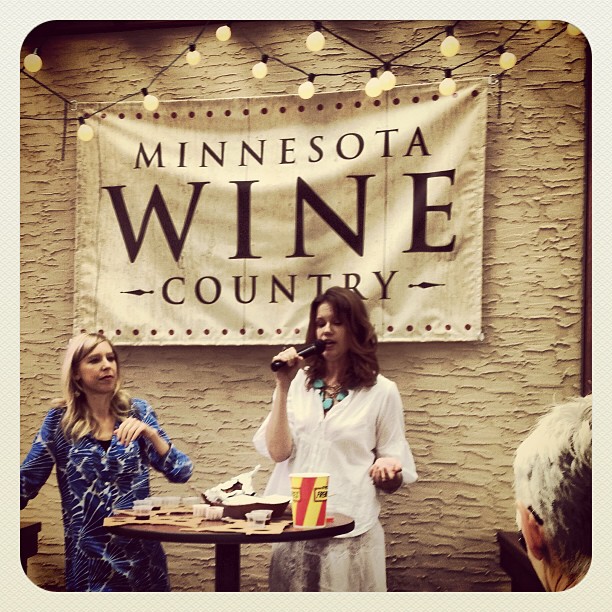 That said, there are plenty of naturally gluten-free goodies to be had. Bookmark for next year the fantastic write-up Amanda Paa of Healthy Life, Happy Cook blog did of our presentation pairing gluten-free fair foods to Minnesota wines at the Minnesota Wine Country exhibit. We had a blast! As did chef Scott Pampuch and I pairing and sharing grilled sausages and pickled cabbage with the crowd.

Set out 6-6 oz. ramekins or demitasse or tea cups.

Stir the gelatin mixture into the coconut milk in the saucepan. Set pan over medium heat and stir until coconut milk is steaming, but not boiling, and gelatin is dissolved. Remove from heat.

Stir in the maple syrup, vanilla, and spices. Divide panna cotta mixture evenly among ramekins. Set uncovered ramekins in the refrigerator (I distribute them evenly across a baking sheet) and chill for at least 4 hours. When panna cottas are cold, cover them with plastic wrap and keep them cold until you serve them. (Panna cottas can be made up to 2 days ahead.)

Serve panna cottas in ramekins or to unmold, run a knife round the edge of ramekin, invert onto a small serving plate, and holding the ramekin firmly to the plate, give the two together a firm shake back-and-forth to loosen. Serve as is, with a drizzle of maple syrup, and/or with fresh berries.