The big day finally arrived!  We actually got to eat the damn cassoulet, a dish I’ve become very familiar with over the last several days that it’s taken me to prepare it.  Let me say right off the bat – it was well worth the effort.  And for more reasons than the obvious deliciousness – including the excitement of my fabulously foodie guests (Debbie & Stu the Wine Genius Williams and Ana Scofield & Rudy Maxa), the beauty of the completed casserole, and the satisfaction in finally preparing such a classic dish (it’s been on my list for a long while).

So, I left off on Friday having prepared the bean and lamb stews, as well as pulling apart the duck confit and browning the sausages.  Yesterday I made fresh bread crumbs, and roasted the duck skin, first cut into thin strips, to make duck cracklings (pictured above).  Oh my, those cracklings, so rich and decadently crisp, reminiscent of perfectly fried bacon, except…ducky.  Divine.

About an hour before I planned to assemble it all, I heated both the bean and lamb stews to simmering.  I set out my duck pieces, duck cracklings, and sausage.  I pulled out my 50-lb. (at least it seems like it weighs 50 lbs.) Le Creuset 5-quart casserole and muscled it onto the stove top.  I preheated the oven to 375 degrees F.

I put together an aioli platter for a light appetizer – raw mushrooms and radishes, paper thin slices of salami, cornichon pickles, olives, and tiny boiled potatoes. John lit a fire in the fireplace – always lovely, except if the flue is closed (our furnace guy had stopped by a couple of weeks ago when our new furnace didn’t seem to be keeping the house warm; he latched windows and closed the flue, without telling us, yeah).  Soon clouds of black smoke were filling the living room, sending me running for a pitcher of water and John scrambling to open windows and the front door.  We aired the room out the best that we could and soldiered on, a glass of Veuve Cliquot firmly in hand.  (Recipe for aioli here.)

After that drama (see below), I rushed back into the kitchen and got to work building the dish, the cassoulet, my reward for three days of preparation, smoke-choked dining room be damned, and it felt great.  Here’s the deal: I first spooned in a layer of beans, then a layer of lamb, duck, duck cracklings, and sausage.  More beans.  More meat.  I finished with a last layer of beans, a generous topping of fresh breadcrumbs, and several ladles-ful of the lamb and bean stewing liquids.  I then heaved the now 100-lb. pan into the oven and prepared for our guests to arrive.

Debbie & Stu arrived first, walking in the still-standing-open front door, commenting on how lovely it was to be greeted by an open door and the rustic, cassoulet-appropriate smell of a roaring fire.  I love my gracious friends.  Ana & Rudy came next, with the same cheerful take on the smoke, and we settled into the kitchen for champagne and aioli.

While we sipped and chatted, the casserole was transformed into crusty, golden cassoulet.  I opened the oven, admired its beauty, and began smacking the crust with a spoon, pushing it down into the beans – what?  Yep, that’s what you do, then you put it back in the oven and let the crust form again.  And then you admire, smack, and bake it again, and again, until at the very end, after all the chopping and browning and braising and layering and baking and smacking, a most awesomely masochistic dish emerges, to the delighted oohs and ahhs of anyone within 100 yards of the thing, because it is nothing if not impressive.

I served a simple salad as a first course (greens, apple, dried cherries, hazelnuts).  I then lugged the cassoulet onto the table, and spooned crusty, juicy servings into warmed, shallow bowls, and we dug in.  My first impression – rich.  Meaty, garlicky rich.  The soft beans absorb all of the strong, disparate flavors – gamey duck and lamb, spicy sausage, smoky bacon – and throw it back at you mellowed, blended, perfected.  The chewy, smooth, and creamy textures complement one another, brought together by that glorious, golden crust.  We ate more than half of the cassoulet, in the end, a stunning feat.  With what remained, I happily made up packages for my guests to enjoy today.

We even pulled off eating dessert, the cherry almond tart I’d made earlier in the day.  John had luckily for us ordered several pints of Jeni’s Ice Cream, including Salty Caramel, arguably the best ice cream on planet Earth, especially with cherry almond tart.  Alongside, we sipped Boston Bual Madeira – the cherries in the tart beautifully complemented by the cherry flavors in the Madeira.  A great end to a great evening.  (Recipe for cherry almond tart here.)

So there it is.  Cassoulet, baby.  The recipe is here, with the modifications I made as I went along (mostly to clarify where I thought things were confusing).  I followed for the most part a Julia Child recipe from Julia’s Menus for Special Occasions, but I also incorporated ideas from my father-in-law John’s cassoulet recipe (never had his cassoulet, but given how delicious all of his recipes are, I trust that it completely rocks).  All in all, a grand adventure, I highly recommend giving it a try.  If you do, you must let me know how it goes (here, on Facebook, or on Twitter).

Here are the beautiful wines we tasted:

Then lamb (studded with onions)

Then duck, cracklings, and sausage 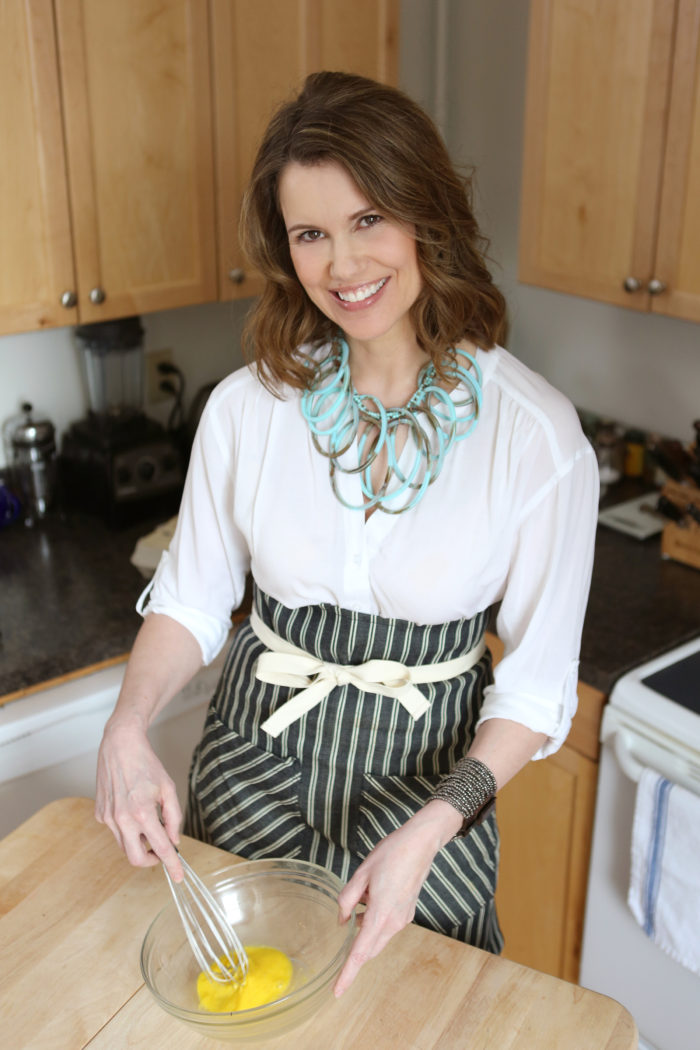